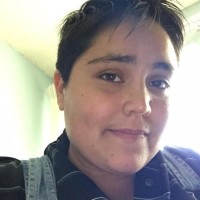 Dreams come in all forms. Some people want a puppy, others want a carefree life, a good job, to be thin and never gain weight, or maybe riches and fame. Other people merely want a home to call their own, a happy ending.
A young woman named Diana got a bad break in life, a seriously bad break. She fell from a bed when she was a newborn and suffered a brain seizure as a result of the fall. That started a cascade of problems. These days Diana suffers from short term memory loss, which means she requires constant, albeit patient, prompts and suffers from mild retardation. Not a pretty word, but that is her life.
Diana is 28 years old. Not really that old, but old in suffering, old in how society turns a blind eye to someone who doesn’t fit the mold. She fell through the cracks and until a few years ago no one really took the time to see a person that needed help.
Five years ago she lived with her grandparents, her father and uncles. She didn’t have a job, had no income and felt she was a burden on her family. She wore the same clothes for years on end, because she lacked the funds to buy herself new ones. Then her fortunes changed. She was referred by the San Diego Regional Center to Toward Maximum Independence, Inc. (TMI) an agency that provides assistance and support to children and adults with disabilities. She was assigned to Keltoum, an Independent Living Case Manager. From their first meeting Keltoum jumped into action, assisting Diana in applying for health insurance, food stamps and social security benefits. Within a month she received her health insurance coverage and food stamps. Social Security proved more difficult; they denied her benefits. TMI kept applying and Social Security kept denying her. Finally in 2014 TMI appealed the SS decision and she was granted her benefits.
Diana was elated. Recalling that day she said, “I felt independent, free, I would have my own money, health benefits and I could support myself. I didn’t feel that I would be a burden on my family members.”
TMI helped her to save money so she could move into her own place. That wasn’t so easy. Due to her limited income and the high cost of housing in San Diego she couldn’t afford to rent an apartment. Diana didn’t want to continue feeling like a burden though so started paying rent to her grandparents and contributing to the grocery budget. Then in September of 2015 the family situation soured and despite her best efforts she no longer felt welcome in her grandparents’ home. Her problems at home started affecting her work performance (she had gotten a job at Goodwill) making her emotionally unstable. Just when it seemed things couldn’t get any worse TMI found her a roommate situation and in October 2015 she moved into her new home. Now we’re getting close to that happy ending; her story doesn’t end there however. Diana explains:
“The area where I moved to was new to me and I was not familiar with their buses. My Case Manager worked with me tirelessly, and trained me on the bus route, weekdays, weekends, late at night, until I felt comfortable taking the bus to and from work on my own.”
She says that her goal now is to move in to her own apartment. She’s pretty excited about that. TMI found her an apartment in a new development that will be ready by April 2016. Soon, very soon, Diana will be living on her own for the first time in her life. Her journey to independence has almost reached its end; however she realizes that she could never have come this far by herself.
“I don’t know where I would be without TMI. When I felt alone and desperate the most, they were there to tell me that I am okay and that I am not alone.” Diana says that they changed her life; they gave her hope, independence, and made her dreams come true. That’s all anyone can hope for. Cheers to Diana for keeping her dream alive and living it!