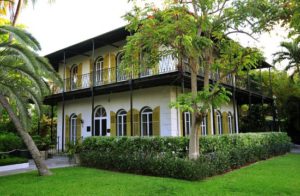 In 2004 we visited Key West to celebrate a milestone birthday. We were entranced by the place, its history, the architecture, the free-roaming chickens, the slow as molasses lifestyle, and the free spirits who have called the small island home, one of whom was Ernest Hemingway.

Of course we had to visit his home, now a museum. As we walked around the Spanish Colonial home built in 1851 I couldn’t help but notice all the cats and more cats. Cats everywhere. As a cat lover and mother to two kits I asked our guide, “what’s up with all the cats?” He explained that Hemingway made the

acquaintance of a sea captain who owned an unusual six-toed cat named Snow White that captured Hemingway’s fancy. Upon leaving Key West, the captain gave the cat to Hemingway. Though Hemingway left many years later the cat and its offspring stayed. Their six-toed descendants remain today, a living link to a literary giant and an era long gone. 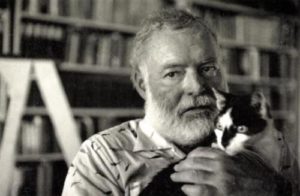 And here’s where The Goodness Principle kicks in. It’s a museum, right? But it’s more than that, it’s also home to dozens of cats that descended from that one cat that Hemingway loved. The Ernest Hemingway Home and Museum provides a sheltered place for the cats to live. They want for nothing. They are fed, have access to fresh water, safe places to lounge indoors and out plus the museum ensures their health and welfare from the time they are born until they die. If that isn’t an act of goodness, I don’t know what is. I mean, they don’t have to care for the kitties and give them a lifelong home, but they do. 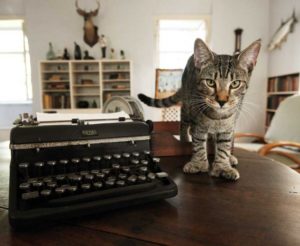 And because of the museum’s commitment to the descendants of the esteemed author’s beloved cat, they live long, luxurious lives. They even have their own doctor. Dr. Edie Clark, the museum veterinarian keeps a close eye on the pampered felines performing routine procedures such as ear mite treatment, flea spraying, and worming there on the premises. Dr Clark also administers annual vaccinations, and performs routine animal health maintenance . In my next life I want to come back as a Hemingway museum cat. 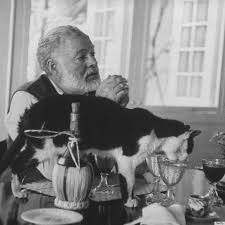 So how many cats are there? A lot. These days the kitty population hovers around 40-50 cats, each of whom sports a most interesting name. Hemingway began a quirky tradition of naming his cats after famous celebrities. It’s cute that the museum has continued the practice. Visit and you might meet Joe DiMaggio, Betty Grable, Billie Holiday, Winston Churchill or Rudolph Valentino. I met Jimmy Stewart during my visit, a gorgeous boy. Stroll around the grounds and you will come across another unusual sight, a small kitty 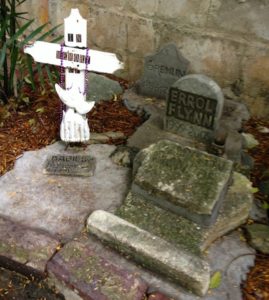 cemetery. How sweet is that? Yep, I’m coming back as a Hemingway museum cat in my next life. What a life.