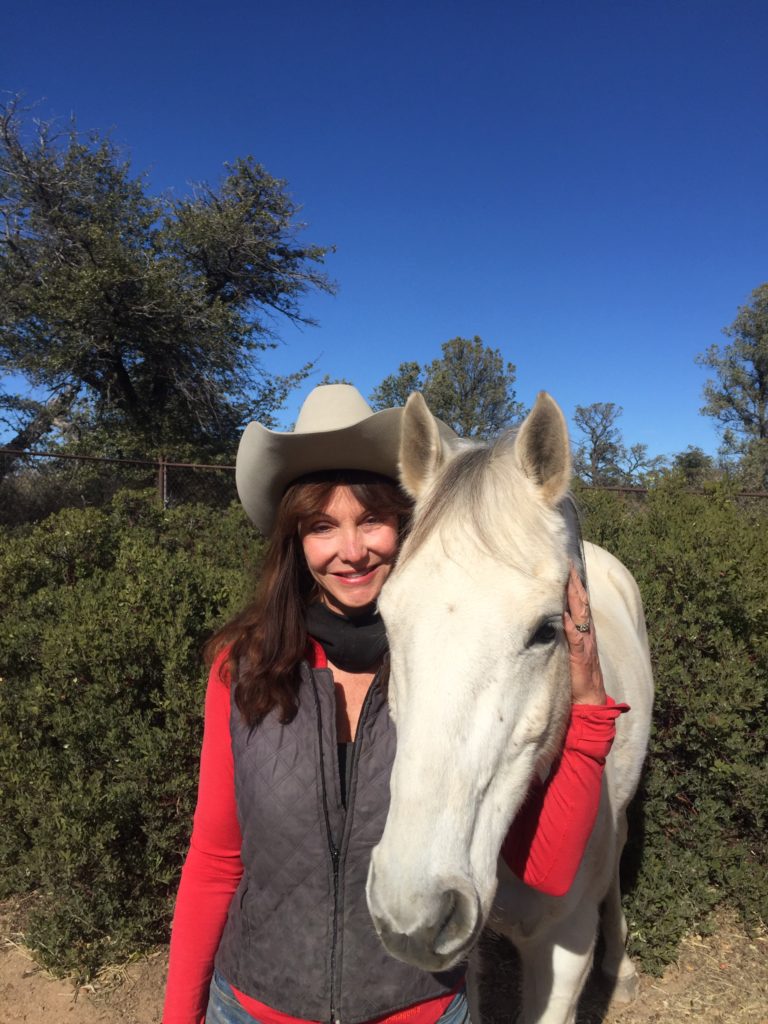 What compels a woman to ride her horse 800 miles along the sometimes perilous, steep Arizona Trail, full of risky passes, such as the Crest Trail that traverses Miller Peak at over 9,000 feet? Never mind that she is the first person to attempt to ride the entire trail by horse. No one has been able to do it, but that doesn’t seem to faze Carol Fontana, an accomplished endurance rider. And her 11 year-old, Arabian horse, Tiki Barber? He may just be along for the ride or it may be fun for him. After all, the two of them won the 25 mile horse division of the Man Against Horse Race in Prescott, Arizona in 2014 . Just in case you think that 800 miles may be more endurance than any horse should bear, Tiki is up for the ride. This horse can rock it. Last year he won Best Conditioned Horse in the 50 mile McDowell endurance race near Phoenix. In the world of horse endurance races, this is a big deal. Yep, he’s up for it. 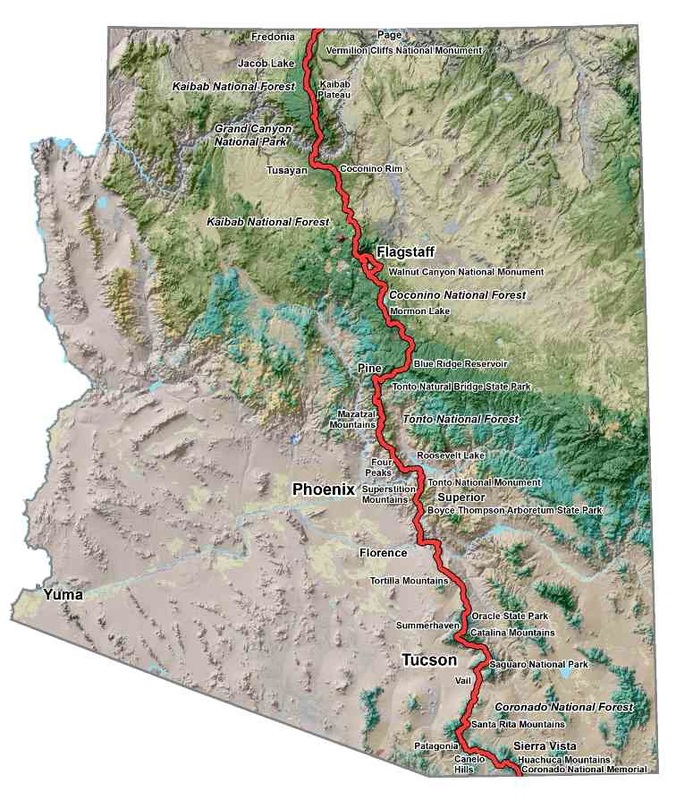 ride, why do it? It’s personal. Carol’s mother was a single mom who raised three daughters. Carol knows only too well the hardships of a single mother.

“I know firsthand the challenges,” Carol says. “I have been very fortunate and I want to give back.”

She decided that she would use her and Tiki’s skills to raise money for Saddle Up!, the organization sponsoring the ride. The money raised will go to the Prescott Area Shelter Services (PASS ), an organization that receives no government funding; it is the only emergency and transitional housing shelter for women and families in Arizona’s Yavapai County. Quite remarkably, 100% of donations go directly to support their services. Not many non-profits can make that claim; kudos to them.

On April 2nd Carol and Tiki began their historic ride, with a little help from the U.S. Forest Service. You see, the trail starts at the border with Mexico, a place off limits to horseback riders. Fortunately the Forest Service saw the wisdom of granting a special exemption allowing Carol and Tiki to ride the first two mile portion of the trail, beginni 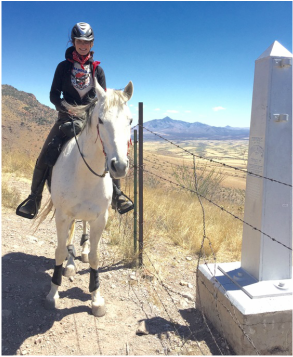 ng at the border. Of course that took some choreography, paperwork and the purchase of a $100 special use permit from the U.S. Department of Interior to travel along the rocky switchbacks from Montezuma’s pass to the Mexico border.

The second day the duo faced late season snow, ice and fallen trees across the trail which required Carol to physically clear the trees and branches; sometimes she had to stand on lower limbs to raise others, allowing Tiki to climb through.

Carol and her team expect the ride to take more or less three months. Yes, she has a team. How could she not? Carol is supported by her husband and a few fellow veterans who drive from base camp to base camp in a specially equipped RV that’s self-sufficient and capable of navigating jagged forest roads to the base camps. You didn’t really think she was going to do this out in the wilds of Arizona entirely on her own, did you? Naw, didn’t think so. They also anticipate that on occasion Carol may be accompanied by experienced endurance riders.

If you’re not familiar with the 800-mile Arizona Trail, it stretches from the Mexican border near Sonoita to the Utah border near Vermilion Cliffs National Monument.  Romantic as it sounds, it’s nothing to sneeze at. It crosses over Mt. Lemmon near Tucson, over the precipitous Mogollon Rim, in and out of the Grand Canyon and through some very rough, secluded country. It’s divided into 43 passages, each with a designated base camp (thank goodness).  While some of the base camps feature camping facilities, others are a wide spot on a forest road. Each day, Carol and Tiki leave their base camp and head back out on the trail. The team members break camp and drive to the next base camp and set up. For the most unmanageable passages, where vehicles cannot reach, Carol and Tiki will camp out for the night.

As you can imagine, this operation takes an incredible amount of coordination. Planning and groundwork has been underway for over a year, including every aspect of Tiki’s care. Lest you think Tiki’s welfare is at risk, the ride plans were reviewed by the Yavapai Humane Society, which has endorsed the ride. In addition to special high-performance diets and supplements for all the animals, Tiki’s own veterinarians from the Prescott Animal Hospital are overseeing his care. But just in case it’s needed Carol has contact information for local veterinarians along the route. And to make sure that his hoofs stay in tip-top shape, Carol’s farrier will meet the team at base camps along the way to ensure that Tiki’s shoeing remains intact. So many details went into the preparations. For example, when and where needed along the trail, stewards will supply water to Carol and Tiki, and will report on current trail conditions. Nice. 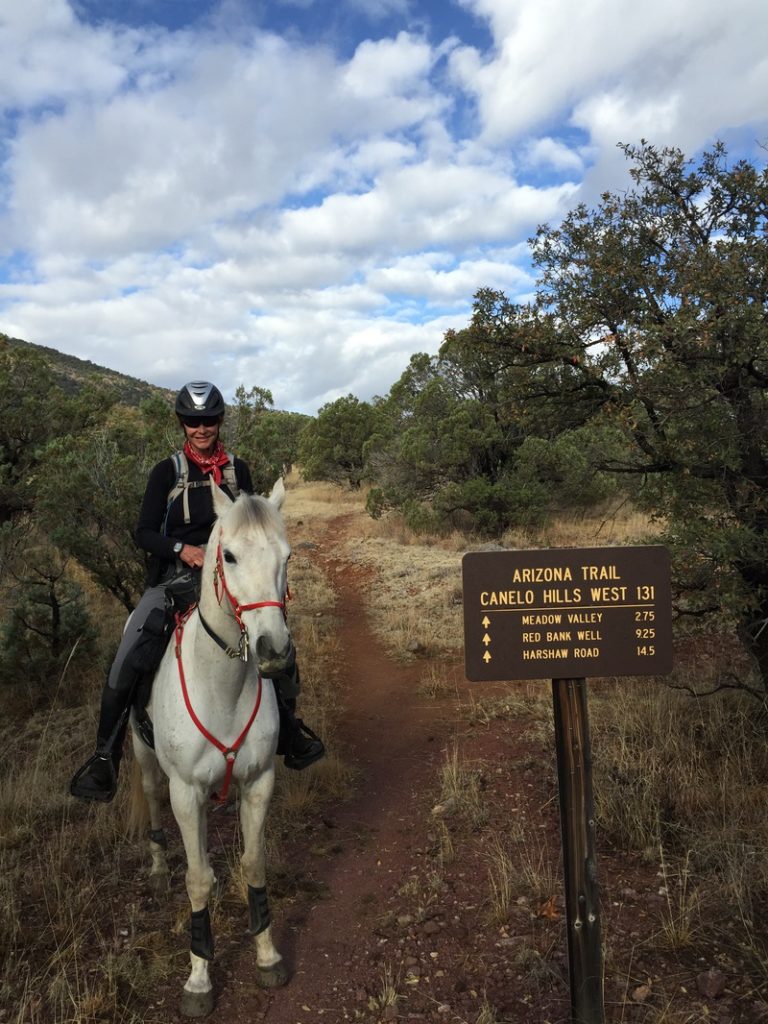 In addition to raising funds for northern Arizona’s homeless, Carol is taking notes for the trail managers on how they can make areas such as the Huachuca Mountains Pass more equine-friendly. As trailblazers they hope that their efforts will make it easier for future trail riders.

By the time they reach Utah they hope to raise $25,000 to $50,000 for PASS. As of the middle of April they had raised $15,000. If you’re interested in helping spread a little goodness to the homeless of northern Arizona, please visit their website here.  Then, if you like to ride or never have and would like to give it a shot, find a local stable and go on a group trail ride. As you and your horse meander through the countryside for a mile or two taking in the sights and sounds and smells of the back country just imagine what it would be like to ride like that for 800 very long, very challenging miles. That’s when you’ll realize what an incredible feat this is for Carol and Tiki to undertake. Not everyone has it in themselves to embark on such an effort. Obviously Carol is an extraordinary woman and Tiki, quite an extraordinary horse. 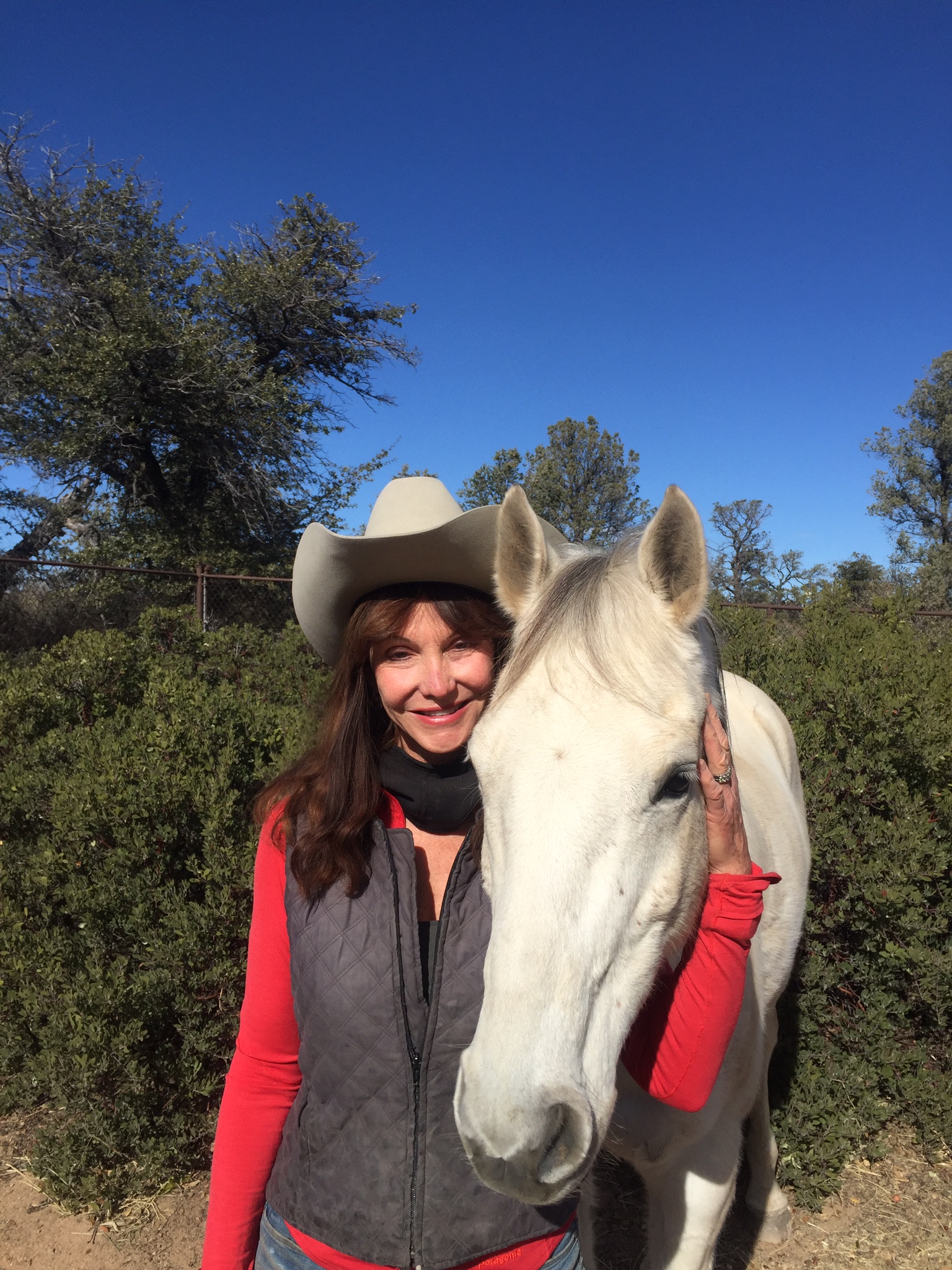 2 thoughts on “Carol and Tiki Tackle a Daunting Mission”